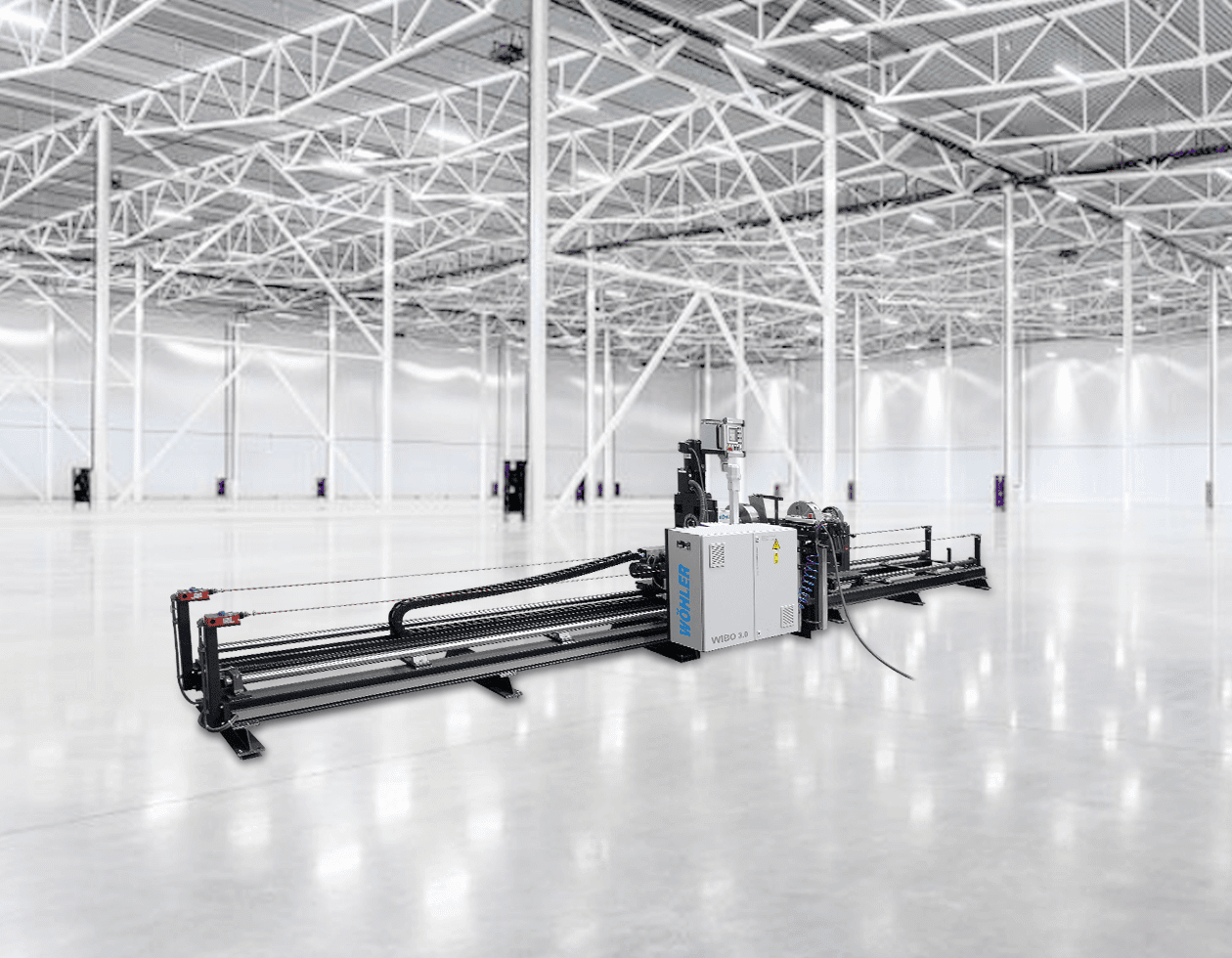 The winder WÖHLER WIBO is positioned directly following the strip brush machine and winds the straight strip around a fixed core, from which the finished roll brush can later be removed. Alternatively the roll brush can remain on the core by simply fixing the two ends.

The strip can be wound with controlled pressure either to the right or left or even wound with a special pitch. In order to ensure constant winding qualities the defined side pressure is managed by the control. The winder is electronically connected to the main machine so that a perfectly controlled start up of both machines is possible.