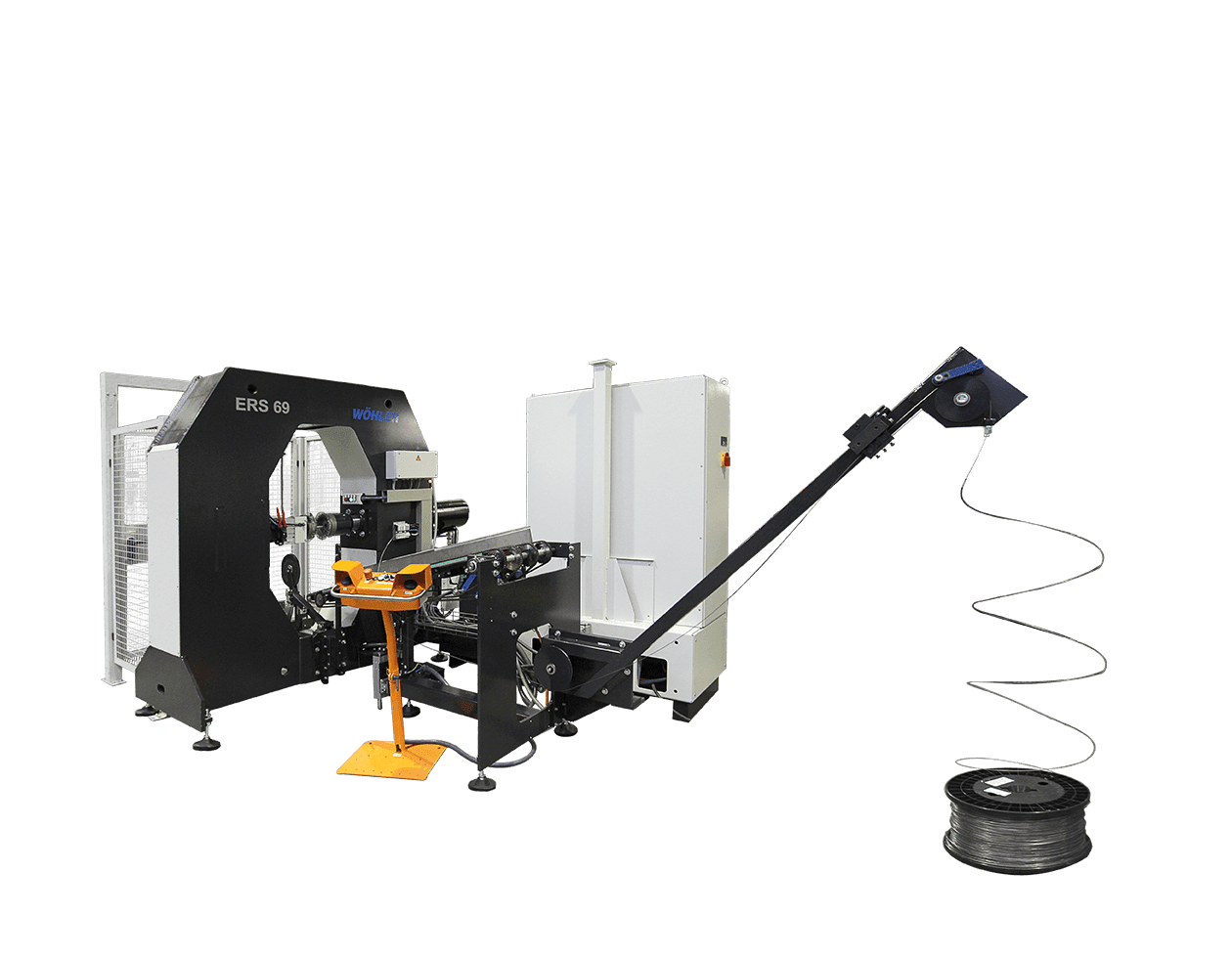 With the WÖHLER ERS 69, street sweeping brush segments can be manufactured that are intended for the „heavy duty“ application. The fill material is additionally mounted in a metal ring with a retaining wire. This procedure minimizes the breakage during use.

The fill material is distributed by hand on the support table by the machine operator.
Polypropylene filaments, crimped wire or a polypropylene-wire mix can be used for filling.

This is followed by the insertion of the U-profile metal ring and the retaining wire in the assembly unit of the WÖHLER ERS 69. With the WÖHLER RWA 980, we offers an optimal solution for the in-house production of the required metal rings.

The machine i operated via a two-hand safety switch which also starts the first assembly process. The prepared fill material is now automatically fed to the assembly unit and distributed in the metal ring. Now the retaining wire follows.

In the second step, the brush segment is assembled and ejected automatically. With easily changeable assembly tools, flat as well as wafer brush segments with the desired inside and outside diameters can be produced. 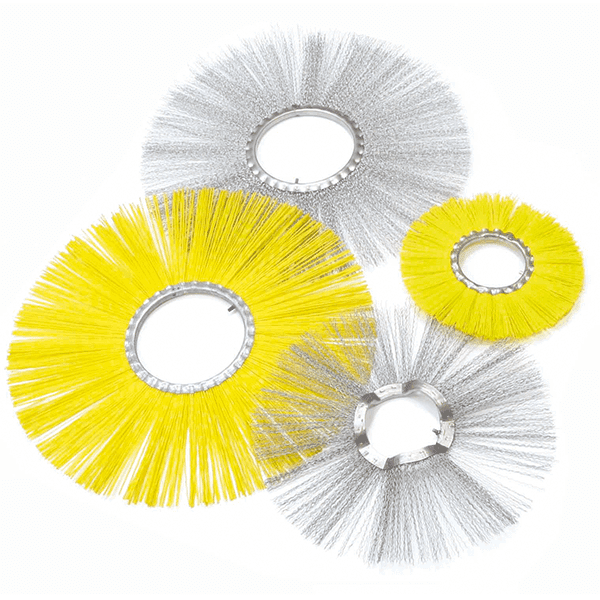